Fresh off the Press 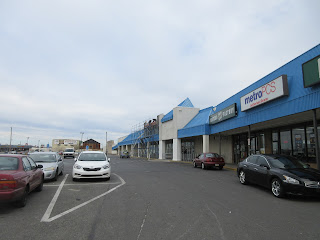 This week we're wrapping up our trek through Port Richmond. If you thought the Kmart was interesting, wait til you see what else the neighborhood has to offer!  Also, if you were wondering, this post's title is just "retail" in Polish. Because of the neighborhood. Yes, I had to look it up. ACME/Pathmark/Shoppers World, Port Richmond ACME opened this store around 1980 and gave it a complete remodel in the mid-90's. Despite the interior being practically rebuilt, it only got the mini version of their peaked entryway on the outside. It closed during the early-2000's post-Albertsons acquisition massacre, where the majority of their small old stores were shut down. It became a Pathmark afterwards (after seeing so many stores go from Pathmark to ACME, it's interesting seeing one that went the other way). Pathmark closed with the chain in 2015, and ACME did not seem to have an interest in taking this store back. Shoppers World opened in 2018. They expanded the fa
7 comments
Read more

An Opening and a Closing 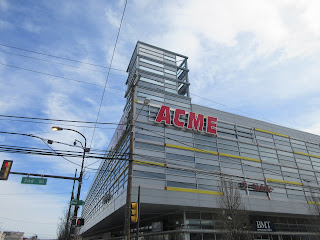 ...Okay, so maybe calling it an opening is a bit of a stretch. It had been open for over 2 years by the time I took these photos, but it's still new in my book. As for the closing we'll be seeing, liquidation is in full swing so at least that part of the title is accurate. Pathmark/SuperFresh/ACME, Northern Liberties This center was built in 2011 on the northern end of the long-vacant Schmidt's Brewery site. Schmidt's went bankrupt in 1987. Following its closure, Philadelphia was without a brewery for the first time in over 300 years. The decaying complex was razed in 2001. With the exception of the ACME building, the rest of the lot sat vacant until a huge new development kicked off last year. This center was originally supposed to be anchored by Pathmark, who was all but ready to open (and even had signs up on the building) when A&P filed for bankruptcy for the first time. Those plans were shelved until they emerged later that year. They rebranded it to a SuperF
2 comments
Read more
More posts

These People Are Cool Too:

Find us on The Retail Union: